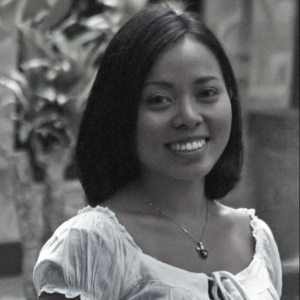 Why Invest Founder Video in Facebook Marketing? and How To Create a Video Ads?

62% of marketers find Facebook to be the most important social media channel for their business–yet content organically posted to Facebook Pages only reach about 16% of fans.
This is why so many brands advertise on Facebook. Not only to reach more of their following but to reach the larger market, too.

Facebook has known an online place to be entertain, educating and inspiring. Here is 3 reason why you need to invest in Founder Video.

Check this out below how do you create and maximize your campaign on Facebook:

Let’s have a look at this concept The Hero’s Journey.

The hero’s journey is the legend storytelling structure created by Joseph Campbell in The Hero with a Thousand Faces. The structure he created has been recognized and used even more to create a movie.

A story content proven can attract consumer’s attention. In fact, a story can stimulate brain activity. When you read or hear stories, neurons in the brain will become more active. This is why brand storytelling is so influential on success in such a competitive market today.

Applying storytelling to marketing will make your brand look more alive and more like human beings. This allows your brand to connect with consumers in a more personal way.

Let’s look at the three stages “The Hero Journey” and content-driven examples of the hero’s journey below:

The Departure
Campbell writes of this stage in The Hero with a Thousand Faces:
This first step of the mythological journey—which we have designated the “call to adventure”—signifies that destiny has summoned the hero and transferred his spiritual center of gravity from within the pale of his society to a zone unknown.

Example:
At the start of video marketing could be the Founder itself, Where he/she from and to which transformation he was coming from. Title at the start must need very catchy to take the attention of the consumers.

The Initiation Act:
Now the hero must face a series of trials and tribulations. The hero’s journey isn’t safe. The hero is tested in battle, skill, and conflict. The hero may not succeed in each action but must press on. The hero will meet allies, enemies, and mentors with supernatural aid throughout the initiation stage.

Example:
At this stage, where Founders get a challenge and obstacles at the start, fell flat and with any luck at the start and then learning from mistakes.
Building the team, how the Founder and the teams achieve their goals, educating, projecting and solve the problem.

The Return Act:
Having endured the trials and hardships of the adventure, the hero returns home. But the hero is no longer the same. An internal transformation has taken place through the maturation process of the experience. Luke is now a Jedi and has come to peace with his past. Neo embraces his destiny and liberates himself from the conventions of The Matrix.

Example:
Finally this stage the Founder has successfully passed through challenges and obstacles and has emerged victorious. Now Founder back to the ordinary world. But the journey is not over. He/She has the insight to share and a story to tell.

Stasis – The hero is shown in their version of the “ordinary” world. Often they are stuck. They are usually discontent…or if they are content, it’s for the wrong reasons. They need to change in order to reach their full potential.

Call to Adventure – The hero receives an invitation to an adventure that promises a reward, and will ultimately change them, hopefully for the better. Sometimes it’s the hero saying “I need a change,” and sometimes it’s the universe telling them that they need to change.

Refusal of the Call – The hero considers whether to accept the invitation or not. Sometimes they jump at the chance, sometimes they have to be dragged kicking and screaming. Either way, even if it only lasts a second, there should be a moment where the hero looks back at where they came from and reflects on the consequences of moving forward.

Meeting the mentor – Like Obi-Wan Kenobi in Star Wars: Ep. IV – A New Hope, the hero receives help, guidance, advice, or supernatural aid from someone who has been on this kind of journey before.

Crossing the threshold – The hero enters a strange, special world in which everything is upside-down and backward. Things aren’t what they seem, wondrous sites are beheld, and danger lurks around every corner.

Tests, allies, and enemies – The hero meets entities along the way who either help or hinder them on their quest. They face trials and are tested to see if they are worthy of the reward they seek.

Approach to the inmost cave – The hero begins their descent into the “belly of the whale,” the place where they will be forced to undergo the most change. By choosing to enter this abyss, the hero proves their willingness to let go of their old, un-evolved identity.

The ordeal in the abyss; facing the shadow self – The hero has made it to their greatest challenge. If they are willing to let their old identity die and embrace who they need to be (often figurative, but sometimes a literal death and rebirth), they are victorious. Often a hero will face an antagonist that is a shadow of themselves. In A New Hope this is Darth Vader, Luke’s father, and the man whom Luke said he aspired to be. At other times, the hero themselves is the obstacle. Regardless of who or what it is, this antagonist has immense power that the hero must face.

Apotheosis – Literally meaning “the elevation of someone to divine status,” the hero achieves a greater understanding thanks to their trials. This is the moment they ascend to that higher plane of existence—not only can they not go back to who they once were, they wouldn’t want to. It’s this understanding that gives them the key they need, and the resolve, to face the toughest part of their adventure.

The ultimate boon – This is the treasure the hero came to seek. Everything they have gone through up to this point has purified them so that they are worthy enough to claim their reward.

Refusal of the return – Just as at the beginning of their journey, the hero needs a moment of reflection on the necessity to return to the world they came from, and what they’re leaving behind. Sometimes they don’t even want to return (why would anyone want to leave Narnia?), but ultimately they must.

The road back home – The trick here is for the hero to return with their new special knowledge intact, and figure out how they’re going to integrate it into their new life.

Master of two worlds – This is the synthesis of who the hero was before they began their journey, and who they have become. The hero is comfortable with their new balance, having resolved both their external quest and their inner fulfillment.

Example of the video using Goalcast doesn’t have to be full video, can be mix with images and story description.

Simplify your story.
You must simplify your story into a few quick sentences. No one will give your startup the time of day if you can’t communicate who you are and why you matter in a few seconds.

Tell the same story everywhere.
Consistency is the key to success. On social media, in your ad campaigns, on your website, in your product briefs — your story must sound and feel the same.

Storytelling is the key to a successful business. With a great story, you will connect with customers.